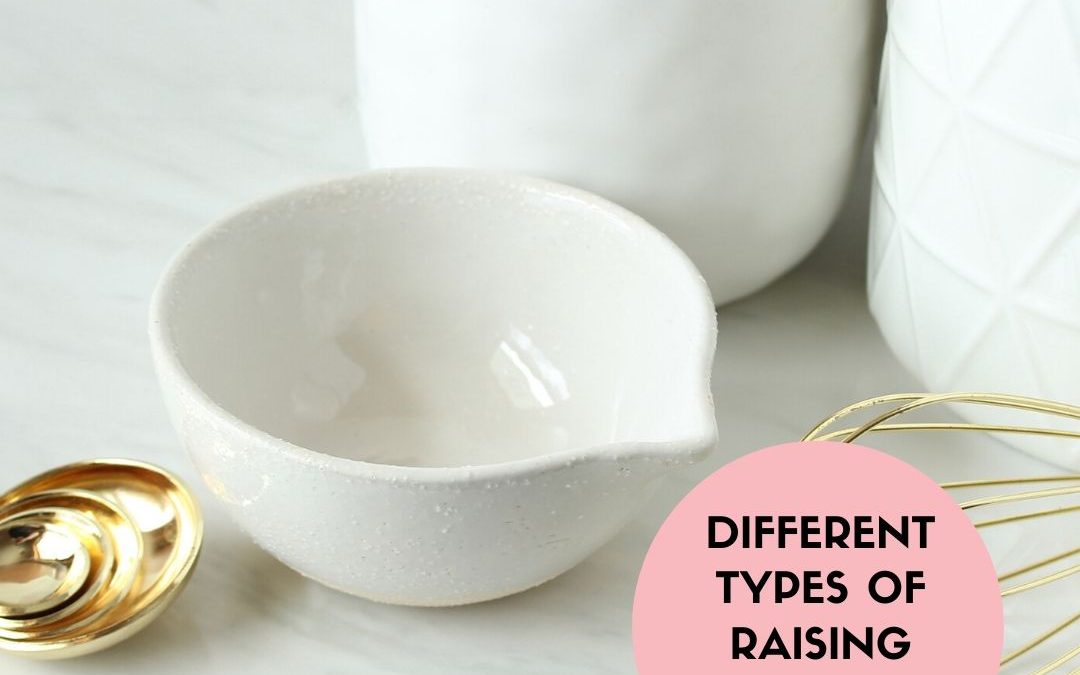 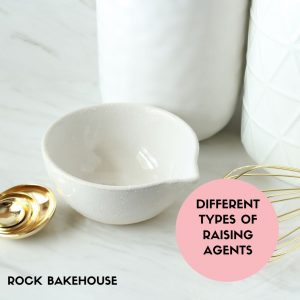 Raising agents help cakes and biscuits rise, give them their texture or crust and each raising agent is slightly different and has a specific role.  Lots of people ask us about the difference between the different types of raising agents so we’ve outlined below some useful information.  You can also find out more further information in our online baking bible, a step by step video and 27 page workbook with recipes, photos, tips, tricks and more.

Baking powder is the most common raising agent used, as well as giving volume to your bake it will also add a light texture – making it perfect for cakes and cupcakes. So how does it work? As it contains both acid and alkali components, when it is mixed with a liquid (or cake batter) it releases carbon dioxide. This causes small bubbles to form and the cake mixture to expand / rise. Baking powder can also be used instead of yeast to make bread. If you don’t have baking powder at home you can make your own by mixing together; cream of tartar, bicarb of soda (both explained below). Baking powder is added to plain flour to make self raising flour, so you can always do this if you have run out of self raising flour.

Bicarbonate of soda is also a raising agent that comes in a powder form. It can often become lumpy so it may need sifting before use. As bicarbonate of soda is an Alkaline it needs to be mixed with something acidic in order for the chemical reaction to take place (and your bake to rise). Therefore bicarb of soda is often used in recipes which contain rather a lot of acid already such as lemon juice. However as mentioned above you can also mix it with cream of tartar (an acid based powder) in order to make cakes rise.

Cream of tartar is another raising agent used in baking and as previously mentioned it is an acidic powder. It is mainly added to bicarbonate of soda (an alkaline) to make baking powder. However there are several other uses for cream of tartar. It can be added to egg whites when they are being whipped to help strengthen the structure and prevent it from collapsing. Therefore it is perfect for making meringues and will enable you to get stiff peaks – which will hold their shape when baked. Cream of tartar can also be added to sugar when its being boiled which stops crystals from forming. 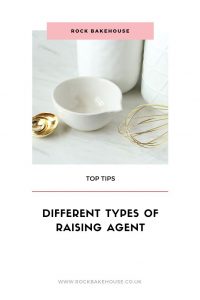 You can also find out loads of further information in our online baking bible.  Happy baking!

This site uses Akismet to reduce spam. Learn how your comment data is processed.